The uniquely Irish life on the Aran Islands

Waking up surrounded by fields of green and an island full of familiar faces might sound like a dream for most, especially for a young child growing up. But as Mairtín Hernon, a native of the picturesque Inis Mór, found, it was not always so easy.

Mairtín recounts what it was like for him being raised on the islands, and the key differences he experienced. Mairtín’s family traces back to before the famine, all from Inis Mór and he is the youngest in a family of 15.

Growing up speaking Irish, Mairtín said English was easy to learn and feels the revival of the Irish language is extremely important.

The islands had a lot of differences from the mainland, electricity was only fully introduced there in 1974. Mairtín says: “My childhood was a simpler life, less to be worrying about.” 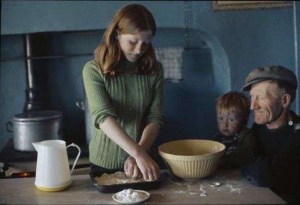 A day for him growing up consisted of, similar to most children at the time, school, football and chores for his family farm. His chores looked a lot different to children on the mainland however, carrying five gallon water bottles from the well to his family home and neighbours.

“The islands themselves were much safer, no parents were worried about where the kids were, we knew we were safe,” Mairtín observes, because everyone knew every person who lived on the island.

Among the very few things on the island that Mairtín wishes were different, were the opportunities, as there were “a lot more opportunities in the city sports-wise”. Mairtín was always massively into football growing up, although because of “the lack of people my age, there wasn’t a lot of teams to play against”. This did not stop the three national schools on the island having a “fierce rivalry when it came to football”.

Talking about the differences of growing up on the islands, things like the cinema and going around the shops were not luxuries that they had growing up, although as Mairtín comments: “We weren’t aware so we weren’t missing them.”

When electricity came to the island in 1974, it was ran by two big generators on the island. Mairtín says: “I’ll never forget it, being able to watch the Montreal olympics, was such a novelty for us.” It was not until the late 1990s that an un-interrupted cable was in from the mainland.

“I have memories of being a teenager, and the electricity going, and of course we were straight to the pub because that’s where everyone was,” recalls Mairtín.

Where Mairtín grew up, phone coverage only reached out that far about eight years ago: “it was definitely a nice break, a blissful existence for me, getting to go home and not worry about anything going on for a while,” he really enjoyed being able to switch off for a few hours.

Healthcare on the island was also acutely different to the mainland, they had one doctor and one nurse, luckily for them there was a helicopter in case there was a medical emergency. Mairtín notes: “If you were sick on the island, you would get to the hospital quicker from Aran, than if you lived in the likes of Clifden, or Connemara.”

The future of the islands

On the islands, there are not a lot of job opportunities for young people growing up, especially those who go to college. There is not much for them on the islands to use their qualifications for. Mairtín believes “with more diversity of industry on the islands, it will help improve this issue.”

Tourism is the main area of income on Aran, and during the COVID-19 pandemic, this obviously took a massive hit. The islands did not have a contingency plan in place as to what they can do if tourism plummets. Fishing used to be a huge part, but with fishing quotas introduced, this has also taken a hit.

The islands are a special part of Ireland, and Mairtín feels more needs to be done to preserve them, he comments that in order to preserve the islands more needs to be done in this way, introducing “more sustainable industries” for young people to go and work there. Mairtín thinks: “If you were able to fish more around the islands, a lot of people would be able to stay to support the industry.”

It really is a small slice of heaven and Mairtín considers himself “extremely lucky” he gets to call it his home.