Sylvia Carroll: On top of the world

Like many of us, Sylvia Carroll went to her first Irish dance class as a toddler. When she walked through the doors of the Hession School of Dance in Salthill at just 5-years-old, she could never have known that it would become her greatest passion.

Her mother put her into Irish dancing because it was a hobby that ran in the family, and after conquering the one two threes, Sylvia’s hobby began turning into something bigger.

Like many youngsters, Sylvia juggled dancing with some other activities such as Gymnastics and Ballet. But after some time she quit them all and threw herself into what made her happiest: Irish dancing. 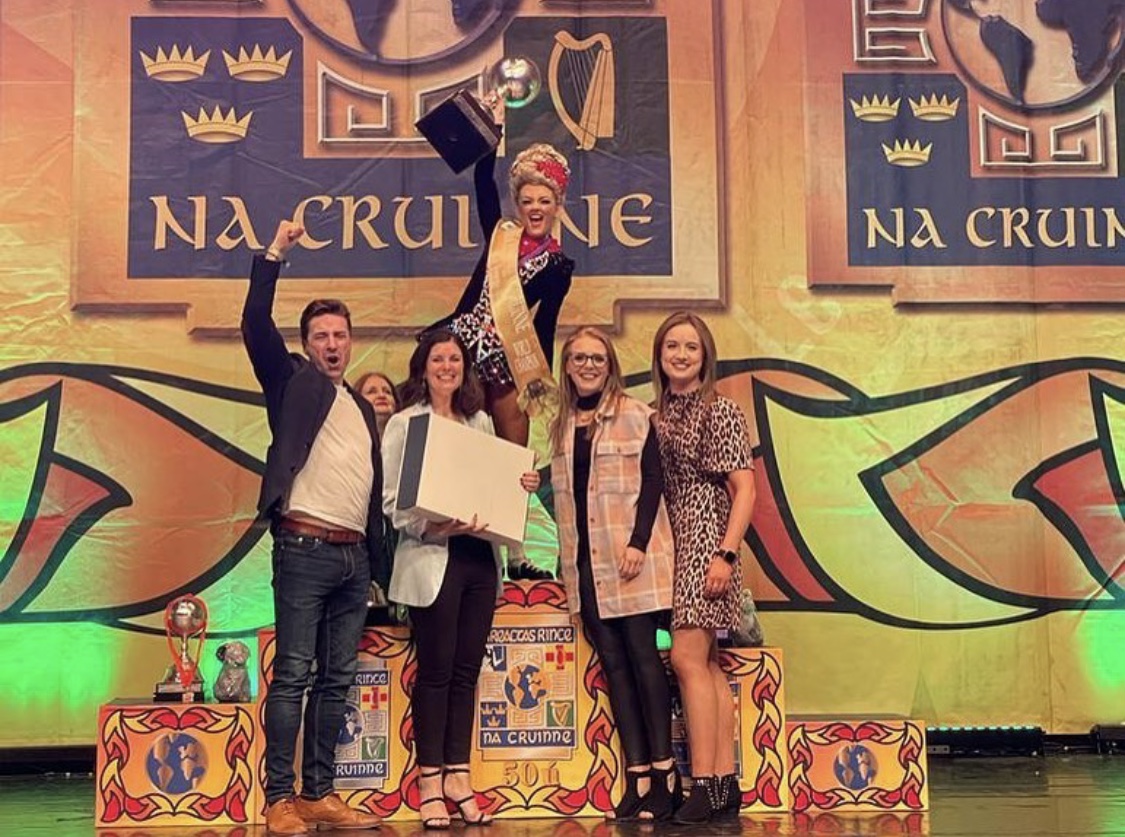 20-year-old Sylvia grew up in Moycullen, on the outskirts of the city. She still lives there now with her mother, sister (who is also a world medal holding dancer) and three dogs.

As is the case for every competitive dancer, she dreamed of success. Through the hard work, late nights, and blistered feet, the thought of one day winning the World Championships powered her through.

In April of this year at the World Championships in Belfast, Sylvia’s dream came true as she was named the winner of the U20 Ladies competition. She was the best in the world.

“I started dancing when I was just 5 years old. My Mom used to say I never complained or questioned going to class, I just enjoyed going,” says Sylvia.

While her family “always enjoyed” her dancing, behind the glitz and glamour of a Feis is days and nights of practice and hard work, so it was easy for the disappointment of a poor result to seep through the whole family.

“Of course, if I had a bad day at a competition or a bad class and I came out upset we had our moments where we wanted to throw in the towel, but I’d sleep it off and the next day I’d always end up back in class again.”

As any Irish dancer will know, the commitment to hours and hours of practice, both in class and at home is non-negotiable if you want to succeed on a grander scale.

Sylvia admits to being a “perfectionist”, which wasn’t always a bad thing as this made her “enjoy practicing. Making things look perfect was incredibly satisfying for me”.

Admittedly, Sylvia says the best part of the sport is “the feeling you get when you finally succeed and the friends and family you get to share them with”.

“The exhaustion, frustration, anxiety, restless nights, long days feising,” are what Sylvia labelled the worst parts of Irish dancing. But she assured “it’s all worth it in the end when you finally reach your goals”. The true thinking of a champion. 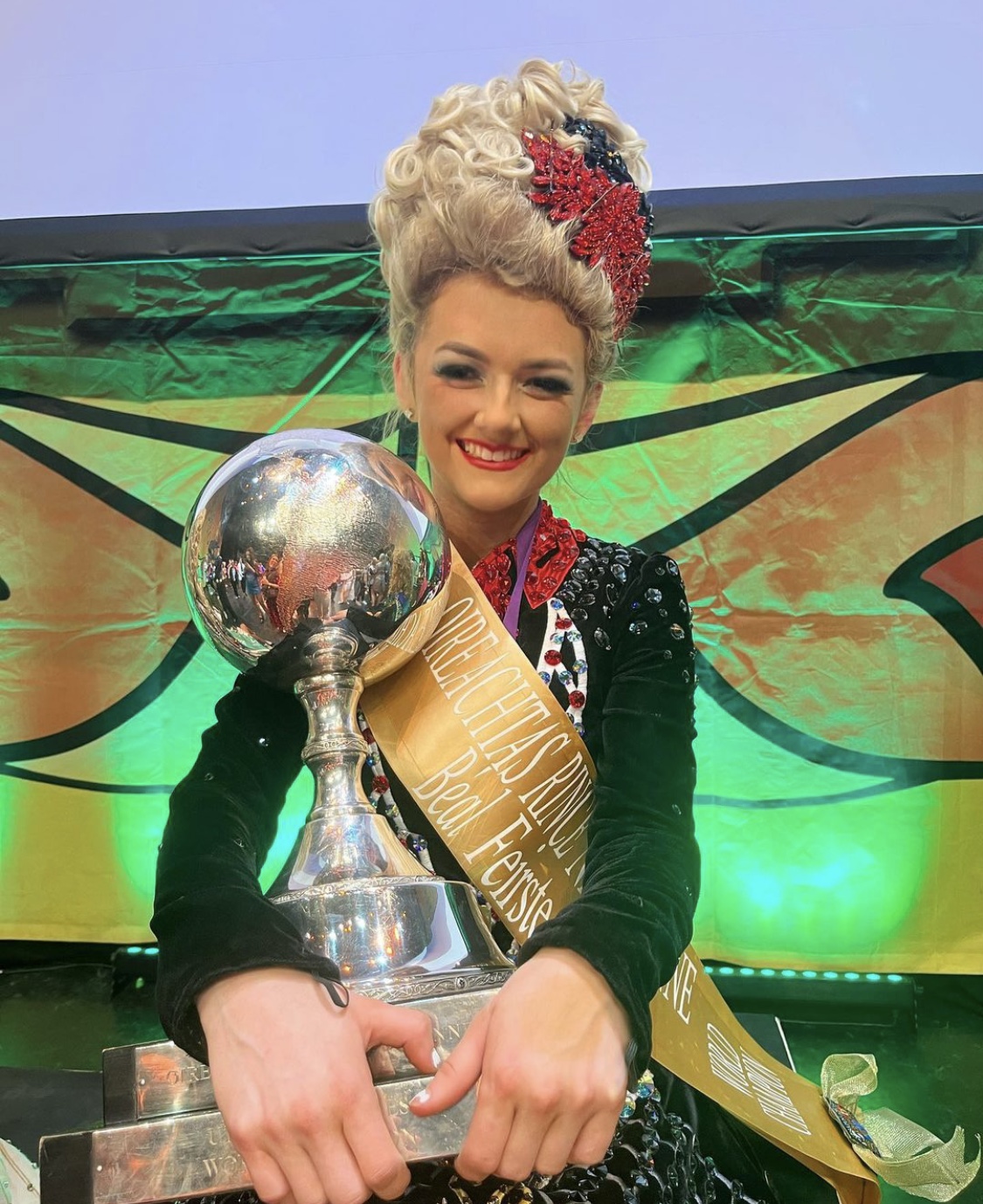 Coming fifth at her first World Championships in Boston in 2013 at just 10-years-old, it was clear Sylvia could work her way up to the top of the podium, and she thought no different.

Sylvia came so close to the title in Glasgow at the 2016 Championships, finishing in second place. Despite losing out on the top spot that year, she “couldn’t believe”, the major achievement.

After 20 months without competing due to the pandemic, Syliva won first place at her first Feis back. With six world medals under her belt by 2022, she was ready to make the title hers at the first World Championships since 2019.

When the results were announced and Sylvia finally became world champion, she “had no words to describe the overwhelming feelings of happiness that were going through my body and mind”.

A dream she had dreamt of and worked towards for most of her life had finally come true.

“I used to go around shops lifting up five-litre bottles of water pretending it was a first-place globe and now I finally have my own. I still can’t put it into words and every time I watch videos back from the worlds, I cry for ages.” 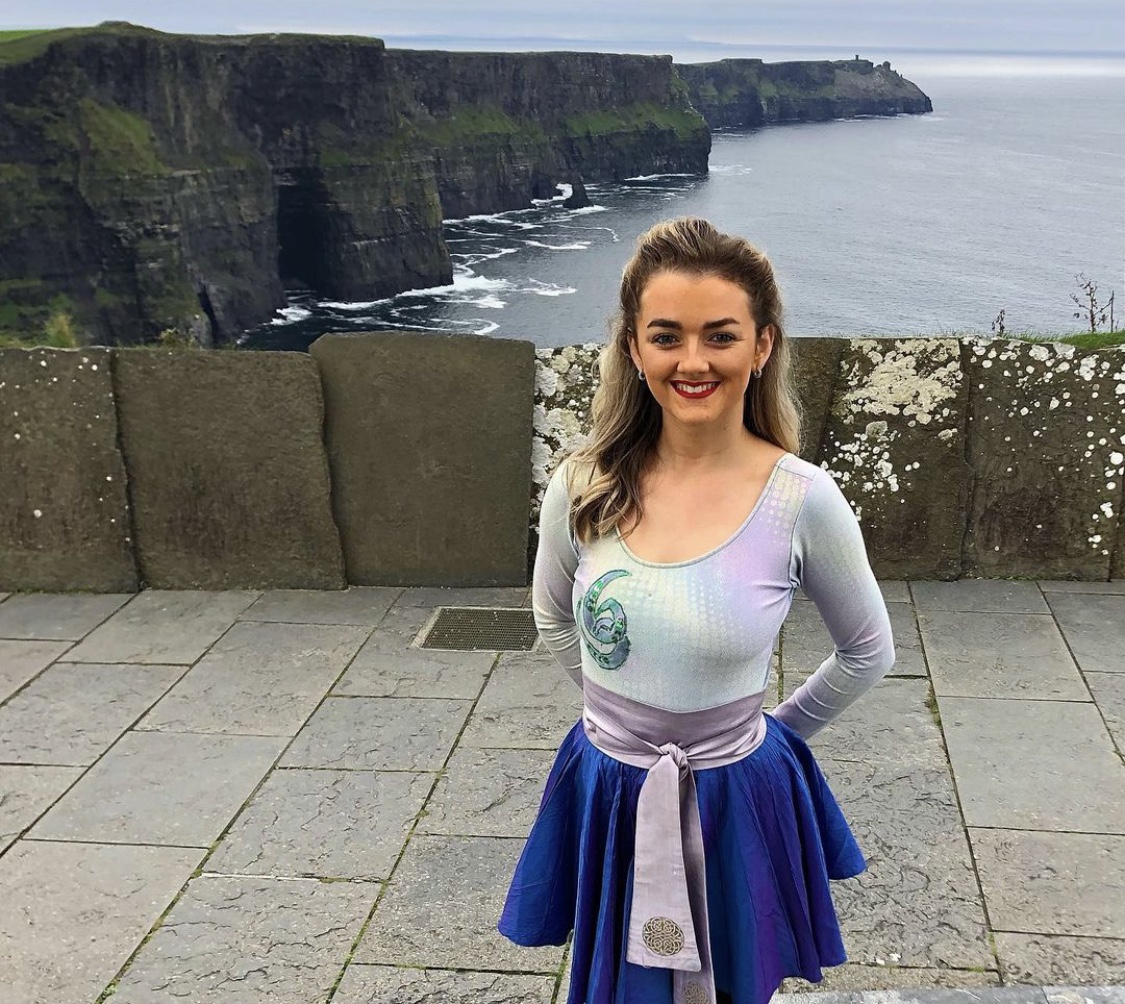 It is clear Sylvia lives and breathes for Irish dancing and says “the most important things I’ve learned through my dancing career are definitely resilience, commitment, love, determination, and passion. Without those I wouldn’t have made it through 15 years of dancing”.

Sylvia is currently studying General Nursing at the University of Galway, but there is still more Sylvia wishes to achieve in her dancing career.

Her next dream is “to perform and tour with a show such as Riverdance or Lord of the Dance”. Having completed a workshop with Riverdance in the summer of 2019, as well as performing with them the famous Trad on the Prom a handful of times, we are sure to see Sylvia on stage in a major show in the future.

Sylvia says she also wants “to become a principal dancer and finish my grade exams to go on to teach, adjudicate and possibly open my own dancing school with my sister in later years”.