Councillor calls for action after three deaths in Galway river

National intervention is needed to help reduce deaths in Galway waters after a surge in search and rescue operations.

That’s the view of City Councillor Owen Hanley, whose call to action comes as the bodies of three people were recovered from the River Corrib and the Galway coastline in just eight days.

The bodies were those of Luke Davoren (34), Joseph Langan (38) and Rebecca McGrath (24). The deaths were unrelated.

Mr Hanley said that “a multi-faceted response that takes the loss of life in our river seriously is long overdue. While the Council looks at infrastructure concerns and we have great staff working in an under-resourced mental health sector, not enough has been done.

“In March, the Council will be getting an update from the Chief Executive on what steps are being taken but until there is a national intervention to convene a response from all appropriate agencies, I’m worried that this desperate status quo will continue,” he said.

Mike Geraghty, who got involved with the Galway Search and Rescue Team through his friendship with the McGrath family, said that as a new volunteer he was surprised by the lack of engagement from the Gardaí and from the media.

“I expected there to be a Garda with every search and rescue team. They seemed more concerned with keeping numbers down for health and safety reasons due to Covid, even though we were outdoors and wearing masks,” he said.

“I was also disappointed with the response from the press. If it wasn’t for social media – Facebook, Twitter, Instagram, Messenger – I don’t see how we would have gotten the information about things like meeting times out there,” he said.

Mr Geraghty praised the efforts of the volunteers from the various groups involved.

“The volunteers were fantastic. Everyone was giving up their own time and I never saw anyone complain. They got stuck in and they deserve some recognition for their efforts,” he said.

Louie Casserly, a Search Manager with Oranmore Civil Defence, said of the tragic events that “unfortunately, it’s nothing new.”

Ms Casserly has been involved with the Civil Defence for over 35 years.

“Back then it was almost a taboo subject. Now we have a huge support network with five units in Galway. We get help from neighbouring counties and we get support nationally. The Gardaí do fantastic work behind the scenes,” she said.

Ms Casserly said that media coverage can be “a double-edged sword”.

“While it can bring awareness, it could also bring the idea to mind for someone who is contemplating suicide. Search and rescue is not about the glory; it’s about locating the person and giving the families closure,” she said.

Meanwhile, the search is ongoing for 31-year-old Shannon Walsh who was last seen on Sunday December 20 last. He is described as 5’11”, medium build, with brown hair and of a sallow complexion. Anyone with information can contact Galway Garda Station, Mill Street, on 091-538000.

If you are affected by any issues raised, please contact Pieta House on 1800-247247 or the Samaritans by telephoning 116123 for free, or by emailing jo@samaritans.ie

On Wednesday February 10, the body of Luke Davoren (34) was recovered from the water at Blackrock in Salthill. The Clare native was last seen in the University Road area on December 30. 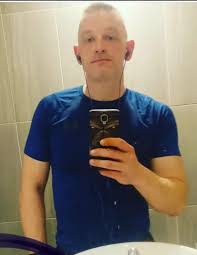 The body of Joseph Langan (38) from Mayo was taken from the water at the Claddagh on Saturday February 13. He had been missing since January 26.

The body of local woman Rebecca McGrath (24) was retrieved from the Salmon Weir Bridge area on Monday February 15. She was last seen at the Quincentennial Bridge on the evening of February 6.