Film director and writer Seán Breathnach shoots for the stars

Seán Breathnach is a film director, writer and lecturer at the University of Galway.  He started working in film after finishing his postgraduate qualification in Applied Communications, he then started working in television and documentary photography. A space to really cut your teeth, leading to opportunities to direct documentaries, primarily for TG4.

However, he has always had an interest in narrative fiction. He completed a master’s in film and visual studies at Queen’s University Belfast. This is where he began writing and directing short films.

He was lucky enough to secure funding for his debut feature film in 2018, ‘Foscadh’, which is now completing its festival run. 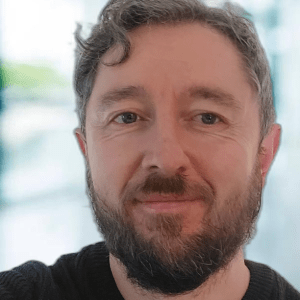 Drama is of particular interest when working as a director. He finds himself drawn toward stories about real people, or at least realistic people in real, realistic situations.

He’s worked with some of the best in the industry as he say: “I’m not sure how well-known the cast of ‘Foscadh’ is set to become. Our lead, Dónall Ó Héalaí, and support, Cillian Ó Gairbhí were both nominated for an IFTA for their roles in the film.” said Seán.

“I suppose there is a level of fame to that. Perhaps the most famous member of the cast was Macdara Ó Fatharta who play Tadhg in Ros na Rún. He was recognized by a number of people during the shoot!” he added.

Seán has a habit of success in the film industry, with ‘Foscadh’ continuing the trend. He has stated he is “humbled by the response to the film”, winning the best Irish debut feature film at the Galway Film Fleadh.

What’s more, ‘Foscadh’ was chosen to represent Ireland at the 2022 Oscars competition for Best Film in a Foreign Language. The director also says he is “honoured” to be included by the Writer’s Guild of Ireland among the top three screenplays in this year’s Zebbie Awards which will take place in a few weeks.

Coincidentally, he shares a name with “Beyond the Woods” director and namesake Seán Breathnach. A name destined for the big time it seems, highlighted by Variety’s review of ‘Foscadh’, available here!

So, what is it all about?

“Foscadh” is based on Donal Ryan’s wonderful novel, The Thing About December. It’s a delayed coming-of-age tale about a 25-year-old recluse, as he takes his first tentative steps into adulthood following the death of his parents. Themes of rural isolation, the burden of heritage, and loss are examined.”

Short films, commercials and music videos are among a variety of things the director has ventured into.

Finally, Seán had to be asked about what his latest work as a writer and editor:

“I’d describe myself as a writer-director, who also teaches at the University of Galway… I’m currently working on another Screen Ireland-supported feature film script with the actor Dónall Ó Héalaí. It is very much in its early stages, but we hope to have a completed script in 2023.”

You can find more information on Sean Breathnach’s film here!